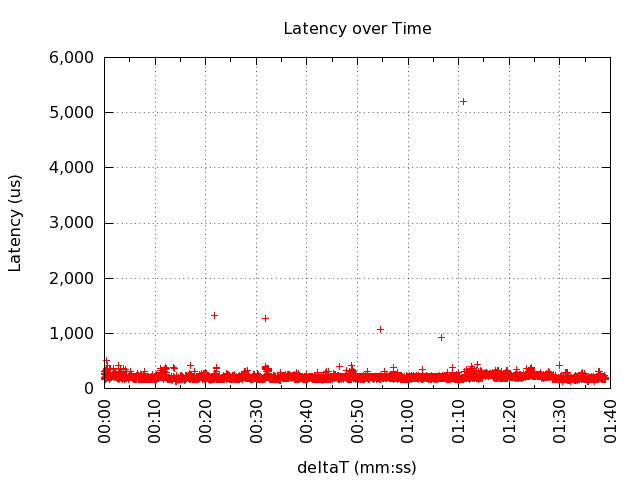 I’m a visual thinker (I think I may have mentioned that before ), so when I’m analyzing performance, latency, etc. I find it really helpful to be able to visualize what is going on on the machine.

As a result, I had gotten reasonably good at using Excel to produce charts, which sometimes helped to correlate observed behaviors like latency spikes with other events on the machine.

For a bunch of reasons I wanted to move away from Excel, though, and find another tool that would give me the same or better functionality.

For one thing, a little over a year ago I switched to a Mac as my main machine after years of using Windows. There was a certain amount of adjustment, but for the most part it’s been smooth sailing. More than that, I was actually able to recapture some of the fun and excitement I remember from my first Apple (an Apple ][).

I looked briefly at R, but ditched it when it used up all the 8GB in my laptop, plus the entire hard disk as swap, for a single dataset of 100,000 points. Probably my bad, but I didn’t have the patience to figure out what I might be doing wrong.

At that point I turned to venerable (some would say crusty) gnuplot. It’s a bit long in the tooth, but I just wanted to plot latency over time, so how hard could that be? Well, I guess it’s pretty easy if you already know how, but starting from scratch is another story.

Which brings me to my rant of the day, directed at techies in general, and to the (us?) Linux/Unix techies in particular.

Short version: I don’t want to learn gnuplot. I don’t even want to have learned gnuplot – even if I could do that by just taking a pill. What I want is to be able to produce decent-looking charts without knowing anything about gnuplot.

To be fair, the gnuplot docs did have some examples – more anyway than you would find in a typical man page, although that’s admittedly a low bar. And while my google-fu is usually pretty good, I just couldn’t find anything on the intertubes that would work for me, so I had to learn just a little gnuplot.

When all else fails, read the instructions.

It turns out that gnuplot works pretty well, and will probably work even better once I learn (sigh) how to use it better.

But you don’t have to learn diddly if you don’t want to. Here is the first in what will hopefully be a series of recipes that you can use with little or no modification. Once you’ve downloaded the repo, enter the following at the command prompt: 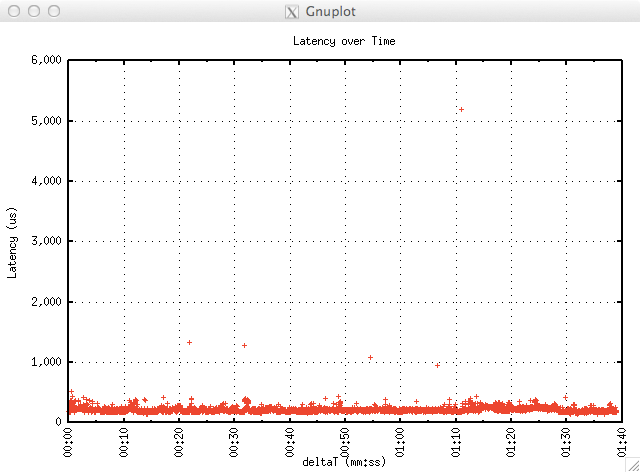 It’s primitive, but that very primitiveness has its own appeal, especially for those of us for whom “UI” means bash, vi or emacs.

A couple of points about the gnuplot command files: