Here’s a handy tip for those who (like me) spend a fair amount of time staring at FIX logs.

FIX may be the protocol that everybody loves to hate, but it doesn’t look like it’s going anywhere, so I guess we all just need to get over it and learn to live with it.

One of the things that is hard to live with, though – at least for me – is the visual cacophony that results when browsing FIX logs with less. 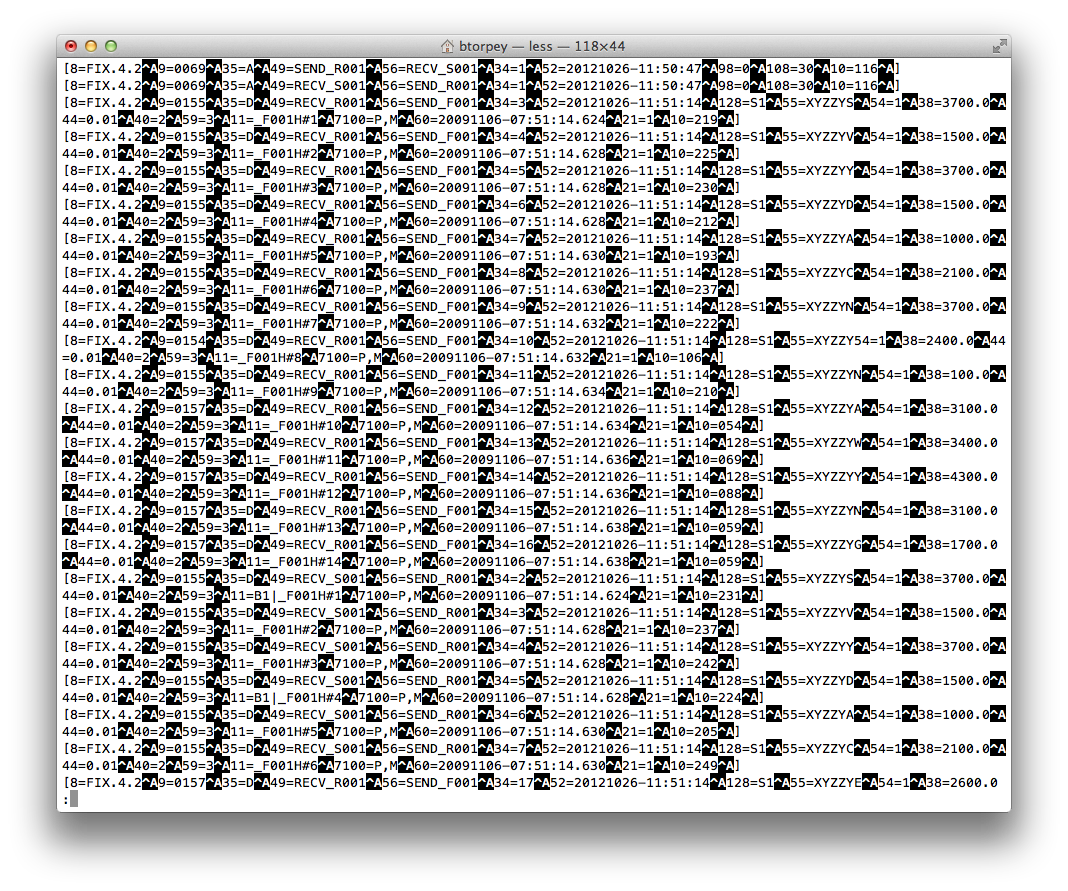 It turns out that it’s possible to control how less displays the x’01’ delimiters to make this chore a little easier on the eyes. In my case, I use the following in my .bash_profile:

This dials down the visual clutter to a level that I find much easier to deal with. 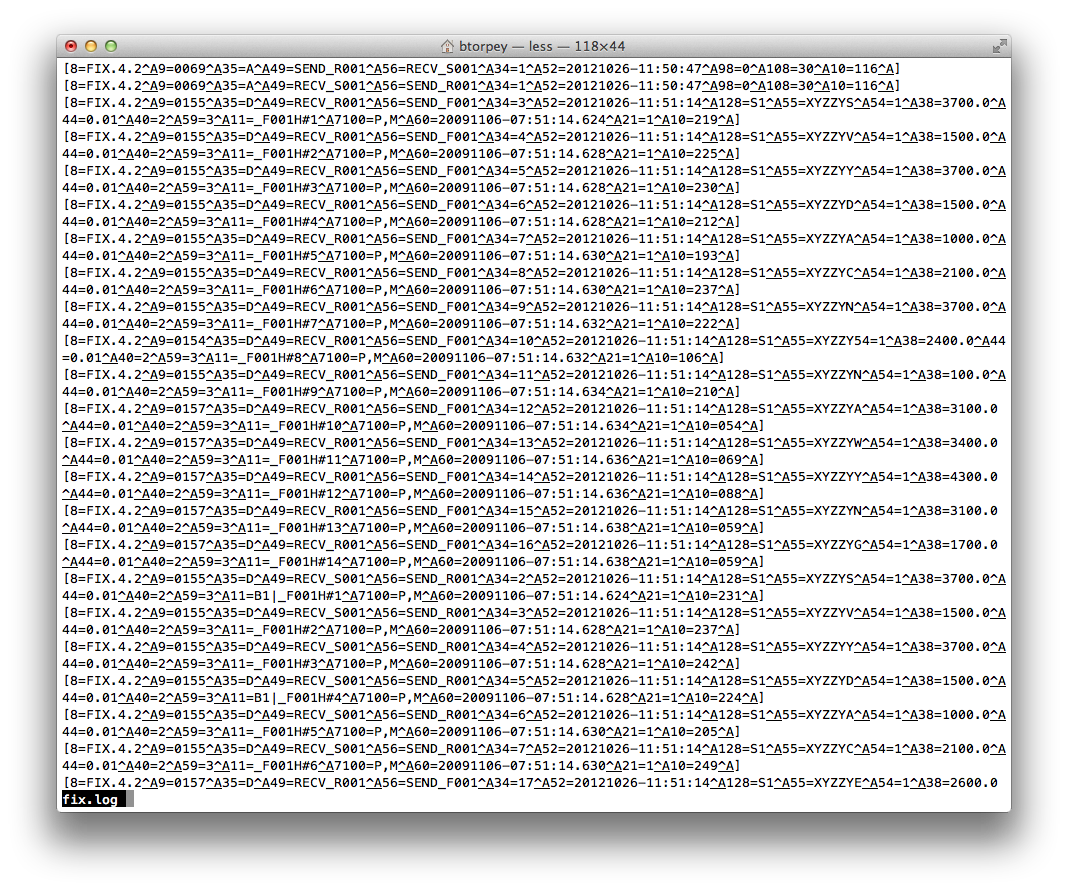 (Note that the man page for less mentions that it’s possible to display the hex codes in square brackets, but I have not found that to work on any of the systems where I’ve tried it – YMMV).